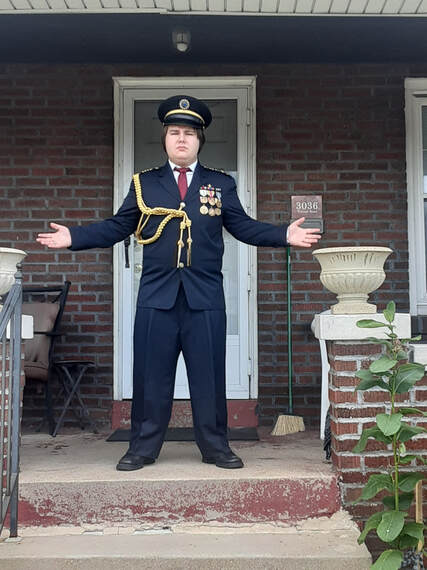 Our Leader, His Majesty The Supreme General Commander Grand Sergeant Major Chief Master Sergeant Supreme Leader King Iain Turnbull​, Leader of The Grand Republic of Moontonia, Governor of Moonvia, was born on March 23, 2005, on top of Mount Saint Helens. At the moment of his birth, a shooting star lit up the sky and you could hear singing coming from the heavens. He is the leader of the Moontonian people and the safety and prosperity of the people is his greatest concern. He strives to keep everyone equal and everyone happy, while preserving, protecting, and maintaining the natural world. Our dear leader is very intelligent and  spends hours every day ensuring the ship of state stays afloat.
The Supreme Leader is at the top of the chain of command for the Moonvian military. He is the Supreme General Commander of the Army, the Grand Sergeant Major of the Border Guard, and the Chief Master Sergeant of the Air Force!


Glory to the Supreme Leader and Moontonia!
​
Fun facts about the Supreme Leader:
1. He doesn't age.
2. He can control the weather.
3. He can turn any material to gold on command.
4. He likes ground beef.
5. He invented skiing.
6. He invented the English language.
7. He is fluent in every language that has ever existed.
8. He is 9 feet tall (not short).

​These are just some of the glorious facts about our Supreme Leader!

Photos of our leader: